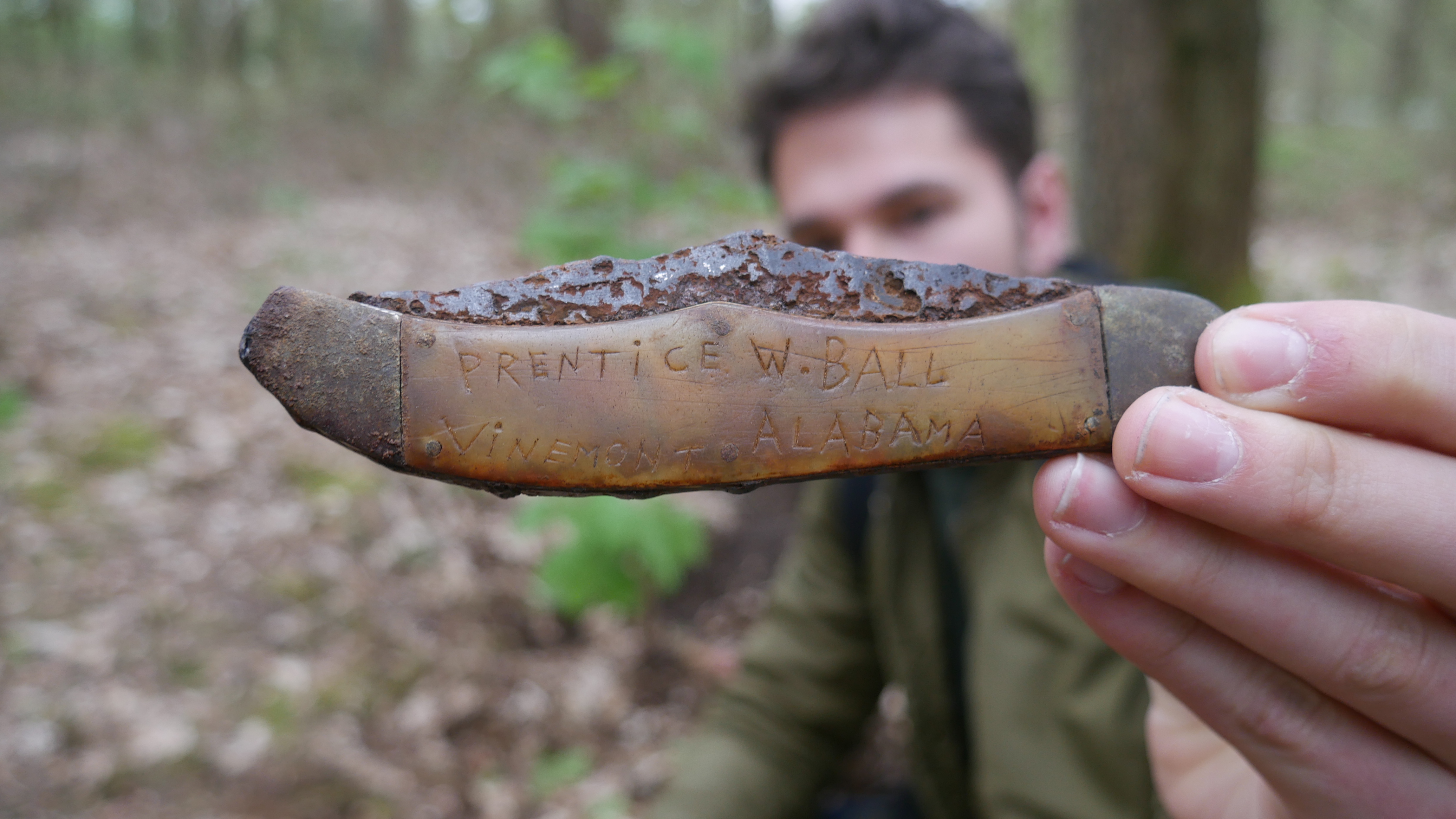 Today our European researcher, Joey van Meesen, took possession of the pocket knife owned by Prentice W. Ball. This WWII relic was found on April 1, 2018, by Frank van Vark and Joey’s dad, Ronald van Meesen. Traveling to Germany, Joey and his dad went back to the original location and foxhole where the knife was found.

In March 1945 Pfc Ball’s unit, A Company, 117th Infantry Regiment, 30th Infantry Division was in position preparing for their offensive farther into Germany. On March 22, 1945, in the woods south of Alpen, Germany, Pfc Ball and his platoon sat huddled in their foxholes awaiting orders to move forward and engage the enemy.

The next day, March 23, 1945, the 117th Regiment received the orders to move closer to the Rhine River to the town of Wallach. During this move, Prentice W. Ball apparently dropped his knife in the foxhole as his unit was moving out.

March 24, A & B Company of the 117th crossed the Rhine River at Wallach and took the town of Ork, capturing 150 German prisoners in the process.

Fast forward 73 years. The recovered relic is an original Case XX Hunter’s knife with a bakelite handle. It stayed in good condition for all those years due to the superior construction and materials used in the manufacture of the knife.

During the second trip to the site, Joey captured the scene on film where Pfc Ball’s knife was found.  Joey can now send the knife back to Myra Miller (USA). Myra and team member, Sara Collins, will personally deliver the knife to the family in Alabama. A ceremony will be held on May 20, 2018 at 2:00 pm in Cullman, Alabama at West Point High School.

This site uses Akismet to reduce spam. Learn how your comment data is processed.

LEGACY: LOST AND FOUND is a 501(C)(3) arm of Footsteps Researchers LLC. We provide research to help identify lost WWII items and reunites the sacred relic with the veteran himself or his family at no cost to them. We also educate families, school children, and the public about the veteran's sacrifice. In addition to lost relics, we assist grave adopters around the world to preserve the deeply personal legacies of American World War II heroes for generations to come. LEGACY: Lost and Found is a Missouri non-profit 501(C)(3), EIN: 83-1240587.